14.1 Adjuvant Treatment with Oxaliplatin in Combination with Fluorouracil and Leucovorin

The efficacy of Oxaliplatin in combination with fluorouracil (FU)/leucovorin (LV) was evaluated in an international, multicenter, randomized (1:1) trial (The Multicenter International Study of Oxaliplatin/5-Fluorouracil/Leucovorin in the Adjuvant Treatment of Colon Cancer [MOSAIC], NCT00275210) in patients with stage II (Dukes' B2) or III (Dukes' C) colon cancer who had undergone complete resection of the primary tumor. Patients were randomized to receive Oxaliplatin with fluorouracil/leucovorin or fluorouracil/leucovorin alone for a total of 6 months (i.e., 12 cycles). Table 14 shows the dosing regimens for the two arms.

There were 2,246 patients enrolled, of whom 1,347 (60%) had Stage III disease. Tables 15 and 16 show the baseline characteristics and exposure to Oxaliplatin.

The median duration of follow-up was approximately 77 months. In the overall and the stage III colon cancer populations, DFS was statistically significantly improved in the Oxaliplatin-containing arm compared to fluorouracil/leucovorin alone; however, a statistically significant improvement in DFS was not observed in Stage II patients. No significant differences in overall survival (OS) were detected in the overall population or those with Stage III disease. Table 17 and Figures 1 and 2 summarize the 5-year DFS rates in the overall randomized population and in patients with stage II and III disease based on an intention-to-treat (ITT) analysis. 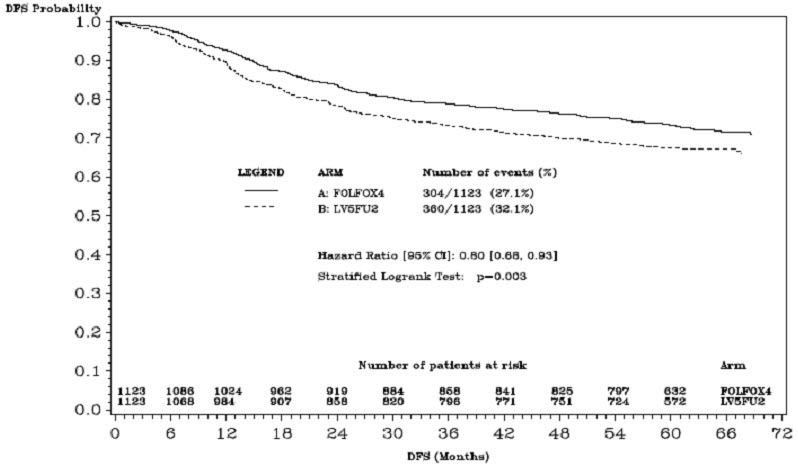 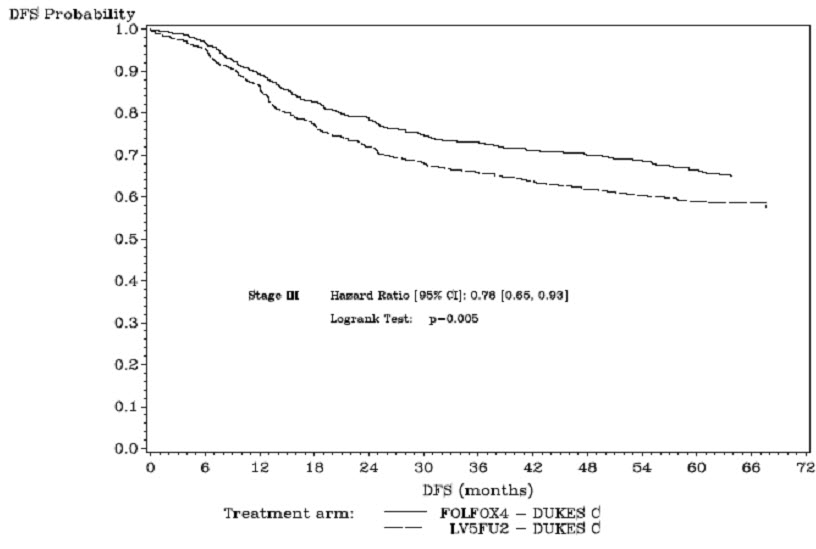 Table 18 summarizes the OS results in the overall randomized population and in patients with stage II and III disease, based on the ITT analysis.

The efficacy of Oxaliplatin in combination with fluorouracil (FU)/leucovorin (LV) was evaluated in a North American, multicenter, open-label, randomized, active-controlled trial (A Randomized Phase III Trial of Three Different Regimens of CPT-11 Plus 5-Fluorouracil and Leucovorin Compared to 5-Fluorouracil and Leucovorin in Patients with Advanced Adenocarcinoma of the Colon and Rectum; NCT00003594). The trial included 7 arms at different times during its conduct, four of which were closed due to either changes in the standard of care, toxicity, or simplification. During the trial, the control arm was changed to irinotecan with fluorouracil/leucovorin.

Patients who received Oxaliplatin with fluorouracil/leucovorin had a significantly longer time to tumor progression based on investigator assessment, longer OS, and a significantly higher confirmed response rate based on investigator assessment compared to patients who received irinotecan with fluorouracil/leucovorin. Efficacy results are summarized in Table 21 and Figure 3. 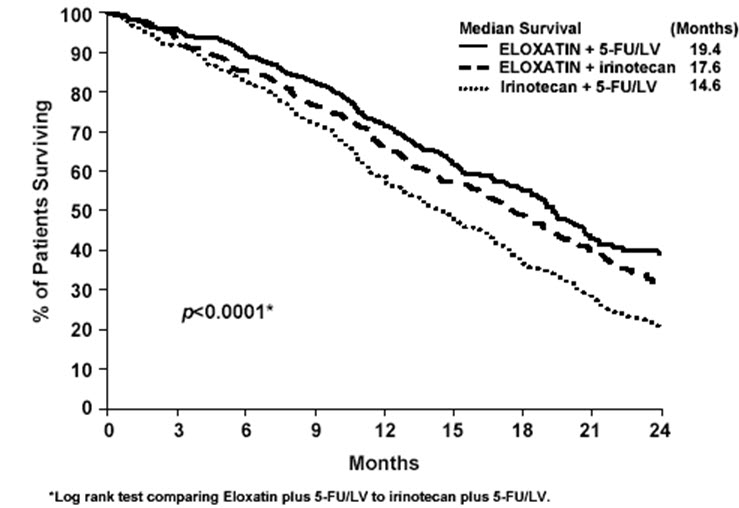 The efficacy of Oxaliplatin in combination with fluorouracil (FU)/leucovorin (LV) was evaluated in a multicenter, open-label, randomized, three-arm controlled trial was conducted in the US and Canada in patients with advanced colorectal cancer who had relapsed/progressed during or within 6 months of first-line treatment with bolus fluorouracil/leucovorin and irinotecan (A multicenter, open-label, randomized, three-arm study of 5-fluorouracil (5-FU) + leucovorin (LV) or oxaliplatin or a combination of 5-FU/LV + oxaliplatin as second-line treatment of metastatic colorectal carcinoma: NCT00008281). Patients were randomized to one of three regimens; the dosing regimens are presented in Table 22. Eligible patients were at least 18 years of age, had unresectable, measurable, histologically proven colorectal adenocarcinoma, with a Karnofsky performance status (KPS) greater than 50%. Patients had to have aspartate transaminase (AST), alanine transaminase (ALT) and alkaline phosphatase less than or equal to 2 × upper limit of normal (ULN), unless liver metastases were present and documented at baseline by CT or MRI scan, in which case less than or equal to 5 × ULN was permitted. Prior radiotherapy was permitted if it had been completed at least 3 weeks before randomization. The main efficacy outcome measure was 3-year disease-free survival (DFS) and an additional outcome measure was overall survival (OS).

Patients must have had at least one unidimensional lesion measuring greater than or equal to 20 mm using conventional CT or MRI scans or greater than or equal to 10 mm using a spiral CT scan. Tumor response and progression were assessed every 3 cycles (6 weeks) using the Response Evaluation Criteria in Solid Tumors (RECIST) until radiological documentation of progression or for 13 months following the first dose of study drug(s), whichever came first. Confirmed responses were based on two tumor assessments separated by at least 4 weeks. Baseline characteristics are shown in Table 23.